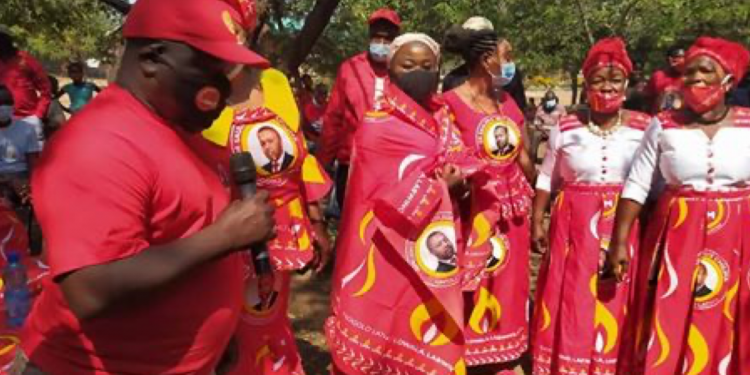 1
SHARES
21
VIEWS
Share on FacebookShare on TwitterShare on Whatsapp

Dossi was unveiled at Chapananga Day Secondary School ground in company of DPP Constituency committee members who have also defected to UTM.

She said the sole reason for leaving DPP is lack of visionary direction of the party after her constituents requested her to join the ruling side so that her area should not backslide in development.

Felix Njawala, campaign director for UTM, said the party in collaboration with Malawi Congress Party (MCP) will ensure that welfare of the citizens are regarded as a priority.

He said the joining of Dossi in UTM demonstrates the trust people have in the Tonse Administration. Also speaking was Joseph Chidanti Malunga, publicity secretary for UTM who said the UTM family is happy to welcome Dossi and says this will
strengthen the voice of UTM in the August House. In addition, she will be able to demand development projects for her constituents.

Speaking during the rally, director of political affairs in UTM, Anita Kalinde urged Dossi to work with grassroots structures in a bid to consolidate the grip of UTM in the area. She said now is time to leave politics aside but deliver on the Tonse philosophy and promises such as cheap fertilizers and zero tax on workers earning less than K100,000.