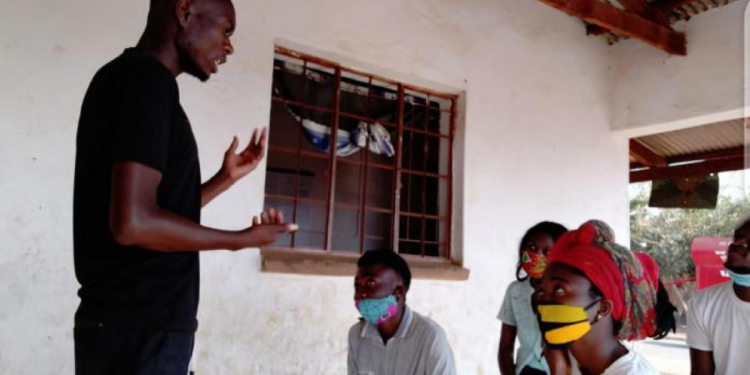 A non-profit organisation formed by youths called, Unity Youth for Development(UY4D) operating at Kaliyeka in area of traditional authority Tsabango, registered under the Lilongwe District youth office was formed with an aim of promoting well-being of young people in Kaliyeka community for them to become productive citizens of Malawi.

On 16 August this month the organisation had a training with an aim of equipping its members with knowledge on how they can help the youth in the community.

One of the participants, said the training was beneficial saying she will work hard in bringing change among her fellows and empower them towards gender based violence [GBV].

George Chikapa, the organisation Executive Director commented to say, currently, the organisation we is imparting knowledge to the youth on sexual reproductive health information as closure of our schools have greatly affected the of which some are victims of early pregnancy and many other problems.

He continued to say that the gap that was there when the youth are to access information on issues that concern them for example issues of (GBS) so they discovered that the information may be available but disseminated in a way not adaptable to the youths so through engagements they decided to tip the members with the information so that they can teach other youths in their communities.