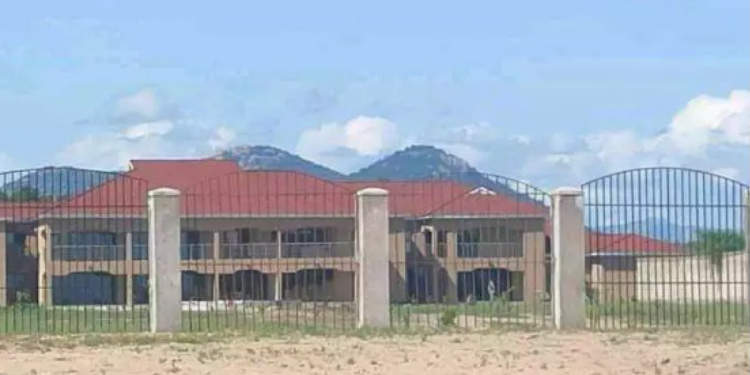 2
SHARES
9
VIEWS
Share on FacebookShare on TwitterShare on Whatsapp

A Maldeco Fisheries retiree has dragged former president Peter Mutharika to the Office of the Ombudsman over a land in Mangochi where the ex-leader built his retirement home.

Ironically, the claimant, Albert Viola, petitioned Mutharika in October 2017 when he was President, informing him that some people sold him his land and he wanted to be compensated.

But Viola, who wanted Mutharika to pay him for the land that time, said in an interview on Thursday that the petition never got to Mutharika as it was allegedly blocked by people close to him.

Viola, who disclosed he co-owned the land with his brother, Ernest Viola, a Blantyre-based transporter, said he received K7.3 million from a broker related to him after the land was sold to Mutharika.

He felt this was far too little as compared to the land he valued to be worth K36 million.

Viola, who claimed in his complaint filed with the Ombudsman that he left his house near Nkopola and relocated to Makanjira when he felt his life was in danger as he allegedly received death threats from people he was fighting with over the land, said in the interview he only realised the land was developed after reports of Mutharika’s relocation to Mangochi after the fresh presidential election.

Ombudsman Martha Chizuma confirmed in an interview on Friday that her office received Viola’s complaint, adding it was forwarded to lawyers in her office for legal screening.

“This is the process where our lawyers make a review whether my office should take up the complaint…this is a normal screening process. I’ll have to check with the lawyers at some point to see where we are because this came about three weeks ago,” she said.

But Arthur Masamba, from former president’s office, said Mutharika bought the land through a legitimate process that involved Ministry of Lands and the former head of State has documentation to prove that.

Masamba said the issues coming up could be family matters and the former president does not know Albert Viola and has never dealt with him.

Saulos Mkuluzado, a step brother to Albert Viola who brokered the deal, explained in an interview that the land belonged to Ernest Viola, but since Albert Viola was working for Maldeco in Mangochi, his brother asked him to be looking after the land.

Mkuluzado, who said he and Albert Viola were born of the same father but have different mothers, said there was a dispute between the two Violas over the land, but as a family, they agreed to have the land sold and share the proceeds between them, Albert Viola, 40 percent, and Ernest Viola 60 percent.

The land, he explained, was sold to Mutharika for K30 million when he was president, and after some deductions that went to Ministry of Lands and other charges, the balance was paid to Albert Viola, K7.3 million and Ernest Viola, K12 million plus, as per agreed percentages.

Mkuluzado said the land, owing to the disagreements between the Violas and as directed by the two, was registered in his name, Saulos Mkuluzado, until it was sold to Mutharika.

He said the ex-Malawi leader is the rightful owner of the land and he duly paid for it.

Bwanali Msusa, a group village head where the land is in Traditional Authority Mponda, who, together with other villagers was using the land before it was sold, said they were paid K6 million by Mutharika as a token of appreciation to have them move out of the land.

However, documents Albert Viola filed to the Ombudsman show he won a court battle at the High Court where the court determined that the land belonged to him.

According to a letter dated June 17 2014, which is part of the documents filed with the Ombudsman, former Mangochi district commissioner (DC) Bester Mandere warned Msusa and Wasili Anderson, people Viola was fighting with, that they should allow the claimant access to use the land as it belonged to him as was determined by the High Court and anything contrary to this was going to be contempt of court.June 17 2014.