HRDC and Times to face prosecution over over land Scam 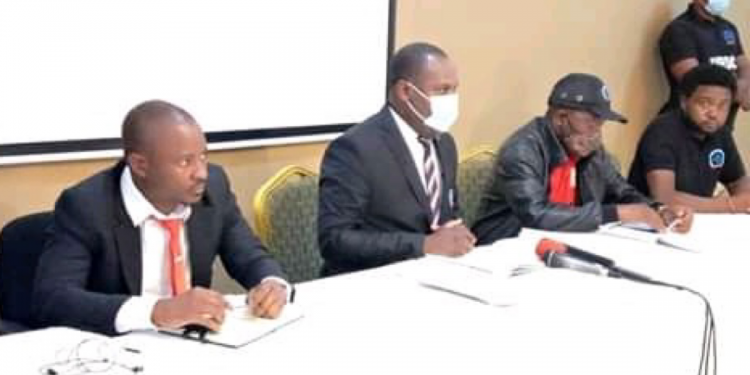 Business persons who are Malawians of Asian origin Mustaq Chothia and Suleman Khadba have threatened to sue Human Rights Defenders Coalition (HRDC), Blantyre Newspapers Limited (BNL) and reporter Rebecca Chimjeka on allegations that they wrongly connected the two on issues of land scam in the country.

Through Lion Rock Attorneys at Law, the two claim that the media reports of various acts of corruption by the two in connection with the acquisition of various pieces of land in Lilongwe, which were attributed to HRDC have no factual grounding.

“They deserve no serious attention. Our clients note with concern and dismay that the same have persisted in recent days and appeared in some news outlets that ordinarily would be regarded as credible sources of information,” reads part of the letter signed by Lion Rock Attorneys at Law Powell Mkhutabasa.

While denying the allegations, the two have requested HRDC to furnish the attorneys with particulars of the alleged practices so that their clients can consider and comment on them.

On the other hand, Chothia and Khadba have demanded for an unconditional apology and/or damages within five days from BNL and Chimjeka.

According to the letter, the defamatory word are ‘businesspersons … that benefitted from suspicious politically connected land deals,’ ‘were suspiciously allocated land sale near Kamuzu Central Hospital Roundabout, as well as in Area 3 and 15 in Lilongwe’ and ‘area suspected to have been dubiously allocated land opposite Lilongwe Labour Offices in the capital city without following proper procedures.‘

They further claim that the article conveys to the public that the two are men of no integrity, fraudsters, dishonest and corrupt.

However, the two have not denied owning the land.

In a letter dated 5 August 2020 addressed to ACB Director Reyneck Matemba, signed by HRDC Chairperson Gift Trapence, the coalition said it has names of businesspersons and politicians that benefitted from the suspicious politically connected land deals.

HRDC also questions the manner in which former Minister of Lands, Symon Vuwa Kaunda, granted Charles Mchacha, who is former Deputy Minister of Transport, Plot Number LW 1366 at Limbe West (Kanjedza Forest) in Blantyre, leasehold for a 1.171 hectare of public land without following procedures as the Department of Forestry had not declared intention to sell the land.

The letter to the ACB alleges that businesspersons who are Malawians of Asian origin, Mustag Chothia, Sulema Ismael Karim and Zahid Sattar of Pioneer Property, were suspiciously allocated land near Kamuzu Central Hospital Roundabout, as well as in Area 3 and 15 in Lilongwe.