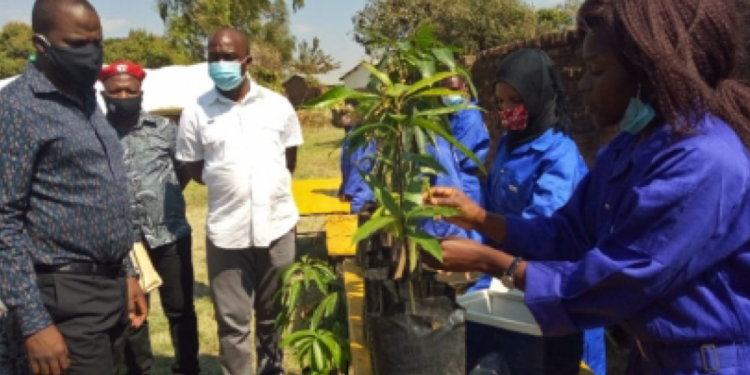 Minister of Youth and Sports,Ulemu Msungama says his ministry will strive ensure that youths are empowered through provision of vocational skills as a way of making them self-reliant.

Msungama made the remarks on on Friday in Salima when he presided over graduation of 65 young people who completed three-month training in different vocational skills under a youth and women empowerment program initiated by Salima Central Parliamentarian, Gerald Kapiseni Phiri.

Msungama said his ministry is aware that there are a number of young people in the country who are in need of such trainings so that they become self-reliant and start their own businesses with the skills imparted on them.

He said even though there are plans by government to employ one million people, there is still need to equip others with vocational skills saying not everyone would find a chance to get employed.

“In Tonse Alliance agenda we want to create one million jobs and we are going to make sure that we realise this dream. But as we employ others, we will also make sure that those that will be left out are also empowered through such initiatives of providing them with necessary skills that will make them create their own jobs as well as for others,” said Msungama.

The minister then hailed Salima Central Parliamentarian, Kapiseni Phiri for the initiative saying he was impressed with products displayed by the graduates.

Msungama encouraged other MPs to follow suit in order to complement government’s efforts in empowering young people in the country.

In his remarks, Kapiseni Phiri said he introduced the initiative after noticing that a good number of women and young people in the constituency lacked such skills in order to make a living.

Kapiseni Phiri believes that the initiative will not only empower the women and young people but also help in reducing unemployment as well as crime rate in Salima.

He said young people indulge themselves in misconduct because they do not have something to do hence the skills imparted to them will make them busy thereby creating a crime free district.

One of the graduating students, Patrick Nthala, thanked the parliamentarian for considering them saying they will now be able to generate their own money with the skills gained through the training.

The 65 students were trained in tailoring, electrical installation, horticulture, carpentry and plumbing among other courses.<