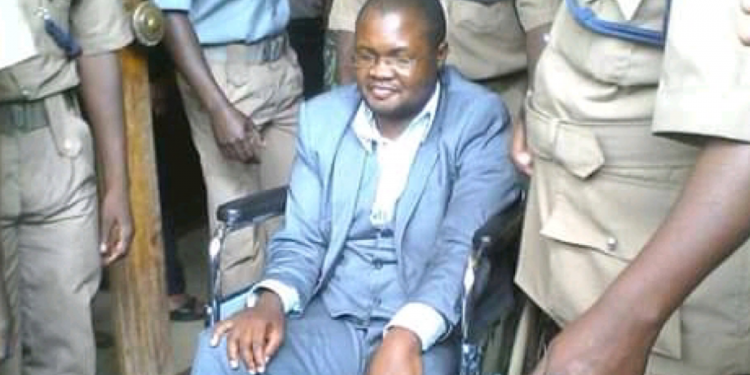 1
SHARES
38
VIEWS
Share on FacebookShare on TwitterShare on Whatsapp

The High Court has rebuffed theft and money laundering convict Oswald Lutepo on his application to have the K50, 000,000 (fifty million Malawi Kwacha) that he deposited with this Court as bail bond refunded to him.

Through his lawyer Fostino Maele, Lutepo wanted the court to pay back the K50 million and also the K5 million paid by the sureties.

He argued since that the money was deposited as security for his court attendance and that throughout his trial he never breached the bail conditions, then he is entitled to have his money back.

Lutepo backed his claim owing that since he was already convicted and sentenced to prison terms and that, under such circumstances, convicts are entitled to have their bail bond money back.

Making his ruling, Judge Redson Kapindu said he did not only found Lutepo’s application ill conceived, but so outrageous in its defiance of logic.

“This is particularly so in view of the fact that he is all too aware that there are pending before this Court proceedings for the confiscation of tainted property and/or imposition of a pecuniary penalty in respect of the offences for which he was convicted. He is fully aware that there is no longer a presumption of innocence in his favour. He is a convicted man – guilty of offences that reveal gross dishonesty and moral turpitude,” he said.

After his conviction, the State filed an application to have Lutepo’s tainted property, or any property tainted by his crimes, confiscated.

The application is yet to be heard.

Judge Kapindu further noted that there is a significant prospect that the bail bond money itself comprised proceeds of crime and that by making the application, Lutepo sought to use the court process, of having kept such money as bail bond, as a legitimation process to cleanse ill-gotten (tainted) money.

The court ordered Lutepo to pay K1 million to the public for a waste of judicial time and a waste of the resources of the State with a grossly misconceived, frivolous, vexatious and hopeless application.