by Blandina Nyimbiri
in National, News
0 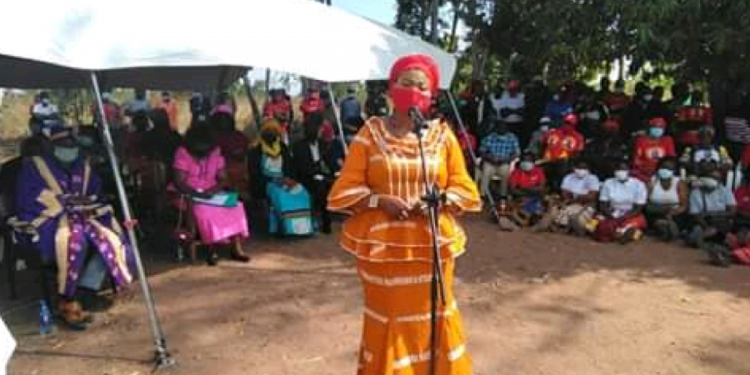 3
SHARES
8
VIEWS
Share on FacebookShare on TwitterShare on Whatsapp

Minister of Gender and Social Welfare, Honourable Patricia Kaliati, has commanded the chiefs in Malawi to end girl child marriages that have happened during Covid-19 holiday.

This has been said by looking at the increase in number of girls who have fallen pregnant after the schools were closed in April this year.

The Minister made the speech in Phalombe where almost two thousand girls are pregnant while others are married.

Speaking to people in Phalombe, Kaliati said Government is very concerned with the number of girls who have married after schools were closed. She has asked the chiefs to work together with government to end all marriages by the 15th of this month.

Tradition Authority Kalolo has agreed to work with the Minister to end these marriages which he said is one of the problems his area is facing. Almost 54 girls of his area are reported to be married and 34 of them are below the age of 18.

Kalolo thanked the Government for giving power to end all marriages of school going pupils.

The country has been hit with high rates of early marriages with Mangochi suffering the worst nightmare where over 5000 girls were found pregnant.

Several youth rights organisations and stakeholders have voiced their concerns over the calamity and calling for government’s intervention and immediate response.