by Blandina Nyimbiri
in Education, News
0 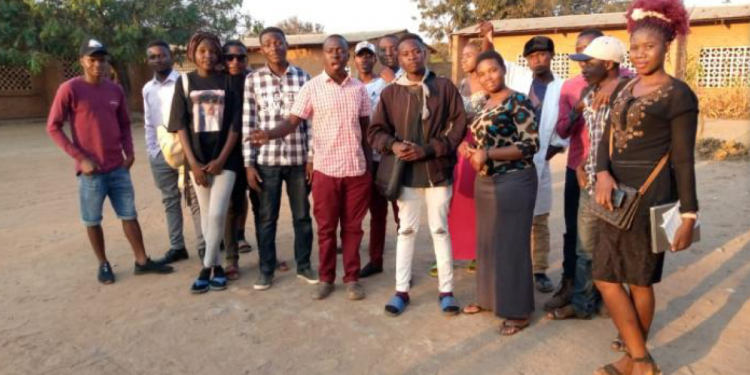 79
SHARES
32
VIEWS
Share on FacebookShare on TwitterShare on Whatsapp

Youths from Namitete have formed a non-governmental organisation, Youth for mind-set change [YOMISA] with an aim of changing their society in different aspects of life.

Speaking to the founder of the group Alice Kamakoko on the day of their first meeting, she said the organisation has been formed with an aim of helping their community through charity works, civic educating people through career guidance and motivation talks.

It is based in Mphandula village, traditional authority kalolo under Mapuyu south constituency, Lilongwe and composed of secondary school and tertiary students of different religious backgrounds.

Kamakoko on the meeting assured her friends that some proper procedure for the opening of the NGO are in place as they were supposed to select board members on the same place.
One of the group representative who went to inform group village Mphandula about their idea of opening the NGO Wilfred Mussa, reported that the chief has agreed to their request what was remaining for them was to write a proposal which will be submitted by the chief to the Member of Parliament.

Mussa encouraged his friends that the group will be of significance to them and their community and will help them to reach their expectations of working with the MP and being recognised by their community.