Govt interns conduct dialogue with the Ministry of Labour 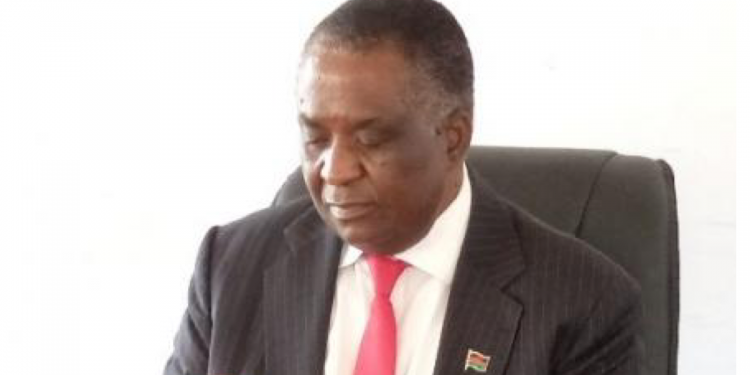 Graduate interns have rescinded their decision to demonstrate against the Ministry of Labour following a meeting between representatives of the National Executive Committee and to
ministry officials.

The interns had planned to demonstrate following the Ministry’s decision to postpone the commencement of the graduate internship programme from August to October this year due to COVID-19.

But following the meeting, government has brought forward the date for readmission of interns into the Civil Service.

Minister of Labour, Ken Kandodo made the announcement at Capitol Hill in Lilongwe on Friday after reaching a deal with the representatives of the interns’ body.

The letter from Ministry of Labour that sparked discontent He said while the internship programme is crucial in preparing new graduates for the work environment, the readmission date was shifted from August to October to comply with COVID-19 preventive measures as outlined by the Presidential Taskforce on COVID-19.

“We have agreed that the date now will be 1st September, 2020. The main reason for
the postponement from 3rd August to 1st October was to do with the impact of the COVID-19 pandemic.

“As you know the presidential committee on COVID-19 has come up with measures that government offices must comply with such as social distancing. Because of that in most offices you will not find a full complement of officers,” he said.

On the issue of permanent employment for the interns the minister contended that while the issue will be presented to Office of the President and Cabinet (OPC) for further consideration, public employment laws bar recruitment of officers without following due process.

Kandodo then advised the interns to apply for job openings as they are advertised in
the Civil Service so that they may compete for such job opportunities with others as public employment laws prescribe.

He further advised them to spread their hunt for job opportunities to parastatals as will as the private sector when there are job opening instead of limiting themselves to the civil service.

The interns’ leader, Gerald Masebo, told the media in an interview after meeting the Minister that they had reached an agreement of readmission and other grievances they presented.

“The meeting was fruitful. We tried to liaise with them to change the dates for readmission to which the ministry accepted.

“The other issue was to do with permanent employment. They explained to us the process of public employment that not every intern can be employed and that those who want permanent employment have to go through the normal procedure and they urged us to apply for job opportunities as they come. And we agreed on that,” he said.

The graduate internship programme which was introduced in 2018 has about 4000 graduates interning with various government ministries and departments.

Communication about the delay was made through a press release dated 5th August, 2020 by the Ministry of Labour.