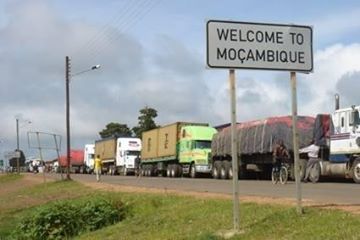 2
SHARES
18
VIEWS
Share on FacebookShare on TwitterShare on Whatsapp

Truck drivers importing essential commodities have called on government intervention on the hostility being subjected to them in Tanzania and Mozambique.

This comes as members of the Professional Drivers Union of Malawi have admitted facing harsh treatment by their counterparts in neighboring countries.

According to the union’s leader, Major Mkandawire, Malawi’s truck drivers are being neglected at loading points in Tanzania and Mozambique.

This is not the first time the union has complained of such incidents and according to Mkandawire, government has not yet addressed the matter despite being briefed several times.

Mkandawire has also expressed fears that with vehicles being forced to be at borders for long, the drivers are failing to deliver essential goods in time.

He also says this is putting the drivers at risk due to the Covid19 situation across the continent.

The grouping has since pleaded with government to address their concerns with leaders of nations bordering Malawi.