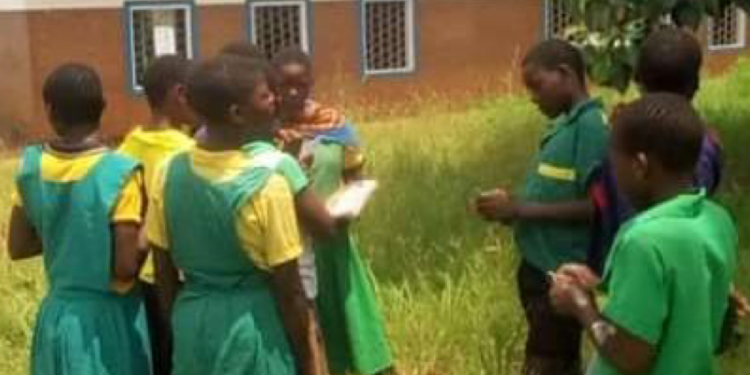 School closures due to COVID -19 have influenced an increase in teenage pregnancies, with 7274 teenage girls reportedly pregnant in the Mangochi district.

A 16-year-old girl from Mangochi district currently doing her senior secondary school education shared her experiences having fallen pregnant after she was raped by her step- father.

“In fact Ive resisted him for years. He took advantage of the absence of my mother and my not going to school, to force me into bed with him; now look, here I am, seven-months away from here I should be giving birth,” she lamented.

Her dream of completing education and prospects of her promising future for now, seem dim. She is not the only victim of such harmful practices to have risen with the emergence of Covid-19.

Over the years Malawi has experienced high-rates of teenage pregnancies and child-marriages, the emergence of Corona virus has seen a surge in social injustices on the girl-child.

Stories from victims are telling and they are supported by statistics recorded which are painting a gruesome picture of the extent of violence against women and girls according to Stephano Joseph, social welfare officer for Blantyre district, whose jurisdiction has registered a record 77 cases between March and May.

“…the month of April alone my office received 23 cases, whilst in May we received 30 cases and 24 cases in June. Factually, the figures have tripled as same period last year we recorded an accumulative figure of 20 cases, which is an unprecedented record being registered since schools were closed to help combat the spread of Covid-19,” said Joseph.

According to Chikumbutso Salifu — social welfare officer for Nsanje district council, social injustices are getting worse in remote areas “for cultural practices and traditional norms”.

“Most girls being raped or defiled to the extent of getting pregnancy are giving-in for the respect and fear of those that abuse them. The culture of silence is still rich and needs breaking if the country is to make progress against such forms of injustices,”he said.

Meanwhile, between April, May and June Nsanje distict has seen a surge in figures to 23, 39 and 42 respectively compared to 7, 13 and 9 same period last year before the emergence of Covid-19.

However, in an interview, traditional leader Senior Chief Malemia from the district has warned of stiffer punishment for offenders inflicting any harmful act on girls and women.

“I will tell you this; desperate times need desperate solutions. As a traditional leader I will not sit and watch this rot happening in my district. Its now time to put in place legislation at local levels in form of by-laws to tame these evil injustices against girls,” said the traditional leader.

Youth rights stakeholder, Youth Net and Counselling is also worried both at the cases and gravity of such unjust acts like rape, defilement and child engagement as domestic workers.

Mc-Bain Mkandawire — Executive Director for the Youth Net and Counselling, noted that this ever increase in number of harmful practices point to a huge problem which the country has.

“The situation before us needs urgent attention from authorities and stakeholders alike. How do you explain this, when in one month alone the country can receive 14 499 complaints, 276 of which involved child marriages where parents and
guardians have married away their children. And then out of that figure 492 are cases of defilement and the remaining figure other injustices. This simply tells you as a country we have a huge problem before us,” observed Mkandawire.

On the other hand, girl rights activist— People Serving Girls at Risk faults government for doing too little to put in place child protection policies and safeguards to protect children.

Caleb Ngombo Executive Director for People Serving Girls at Risk says it surprising that responsible adults have taken advantage of the crisis to abuse the fragile and vulnerable in society like children and girls without regard and respect of their rights.

“What we are calling for from government is that first they must ensure full implementation of the laws and policies the country has like Child Care and Justice Protection Act which is very clear about child protection and safe guarding their rights,” Ngombo said.

However, according to him, its upsetting that social welfare offices are watching the rise in cases of social injustices right on their nose.

“Whats happening is a classic case of system collapse and moral decadence of the society. Imagine from April, a month after schools were closed, our organization has been receiving an average of 21 cases of these forms of injustices a week; a jump from 5 reported cases a week,” explained Ngombo.

Nevertheless, for him it will be naive to only concentrate on the figures when therere gross underlining factors leading to such statistics and ever growing injustices like girl-child trafficking for commercial sex and also child labour.

“Plainly speaking these figures present the nation a big opportunity for a serious soul searching undertaking on society structure and traditional behaviours. We cannot have a country; whose citizens will be raping constitutional rights of the
vulnerable in the society,” he warned.

In an interview with Gender Links, however, human behaviour psychologist, Dr. Moses Muotcha suggests its time the country strengthened its psycho-social support base to help repair and bring to normality victims of social injustice.

“Building a robust psycho-social system must be a priority. Otherwise, it will be suicidal to keep quit and pretend nothing is happening. Otherwise this is done, am afraid we are also creating another breeding-ground for increase cases of social
injustice for the future,” observed Muotcha.

It is not clear when schools will open in Malawi as Covid-19 cases continue to sour. Meanwhile, newly appointed minister of Gender Patricia Kaliati has said she is deploying a team of social warfare officers to the lakeshore district of Mangochi to investigate circumstances behind the rapid rise in cases of early pregnancies.