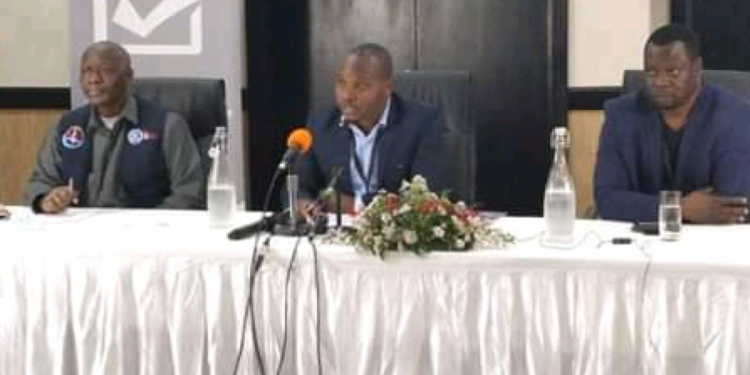 Catholic Commission for Justice and Peace (CCJP) has challenged government with a call for a comprehensive action in arresting systemic corruption.

In a statement made available to The Malawi Metro News CCJP National Coordinator Boniface Chibwana said they are of the view that beyond the arrest of suspected people, government must ensure that more efforts are put in place to prevent corruption through strengthening existing systems aimed at combating the vice.

“Lifestyle audits of public servants and their close associates, strengthening integrity systems and the recognition of merit and excellence in the public service as well as restoring the culture and spirit of servant-hood in public service provision have the potential to combat corruption in Malawi. From experience failure to correct these aspects has led the country into the current situation where corruption is rife and is a norm,” reads the statement

Additionally, CCJP said beyond the arrests, Malawians yearn for the recovery of their tax money and property lost in the numerous illicit and corrupt deals.

It further suggested that strengthening such institutions as the Anti-Corruption Bureau (ACB), the Office of the Ombudsman, Directorate of Assets Declaration, Fiscal Police and the Financial Intelligence Authority (FIA) through adequate financing and human resources and conferring genuine operational independence on these bodies

“Over the years there have been efforts to reduce corruption in the country. There have been challenges encountered in fighting the vice; these include political, legal and institutional hiccups. While taking cognizant of such obstacles, it is the observation of CCJP that, generally, the fight against corruption has been insincere.

“This is why we closely and critically note the desirable and practical steps that have been recently taken by the government to fight the vice. The dissolution of the boards of parastatals; the reformist approach to handling government business in ministries, department, agencies and local councils point to a renewed and rejuvenated way of fighting corruption.

“The recent spate of arrests of suspects may further excite the majority poor Malawians. Nevertheless, the systemic nature of the vice in the country requires much more. Institutional, legal, professional and financial safeguards should be the focus of the reforms to attain a corrupt free Malawian society,” reads part of the statement.

CCJP has recommended that government should strive to recover public resources and assets in the numerous corruption cases it is pursuing within reasonable time, that the government should optimally utilize the legal potentials by carrying out lifestyle audits of public servants and their close associates to detect corruption and the new government should sanitize the public service through appointing people with appropriate and unquestionable credentials to head public institutions.

“Government should desist from nepotism, politics of patronage, cronyism and rent-seeking in the conduct of Government business including in recruitment processes and government contracting and procurement, governance institutions should be adequately funded to smoothly and independently carry out their duties and functions in fighting corruption, government should expedite the review of the legal shortfalls that hamper the anti-corruption drive and government should consider reviewing quality of development work constructed using different funding modalities in the councils as this is another area where money has been siphoned,” reads the statement.