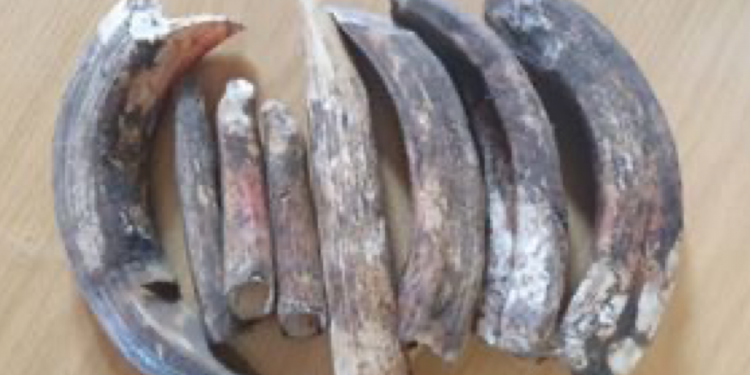 2
SHARES
20
VIEWS
Share on FacebookShare on TwitterShare on Whatsapp

Mangochi Police Station is keeping in custody Matola Ishmael, 41, for illegal possession of specimen of endangered species contrary to Section 110(b) of National Parks and Wildlife Act.

Ishmael was found with the hippo teeth on the evening of August 2, 2020 in the area of Traditional Authority Chowe in Mangochi.

Police records indicate that on this particular day, Wildlife Crime Investigation Unit Officers were tipped by members of the public that the said suspect was offering for sale pieces of raw ivory.

The officers in conjunction with Mangochi Police detectives rushed to the scene and arrested Ishmael after being found with nine pieces (teeth) of hippopotamus.

“Villagers complained that the dangerous animal was destroying farm produce around the area.But how Ishmael was found with the teeth is subject to investigation,” said Daudi.

Ishmael will appear before court after investigations are completed. The Police wish to thank members of the public for
their support in the fight against wildlife crimes in the district. Ishmael hails from village Dimu, Traditional Authority Chowe in Mangochi.