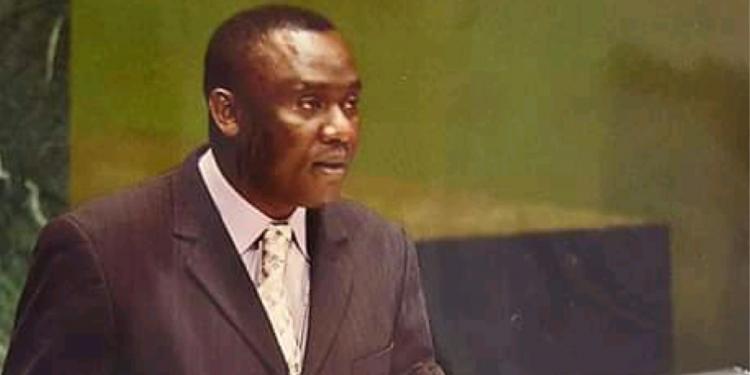 3
SHARES
2
VIEWS
Share on FacebookShare on TwitterShare on Whatsapp

The Alliance for Democracy (AFORD) has directed Hon. Frank Tumpale Mwenefumbo to return all party cloth and property he was using before leaving the party.

Hon. Mwenefumbo tendered in his resignation from Aford party citing personal reasons, but made a strong commitment that he is still a member of the Tonse Alliance government.

However, media reports are indicating that Hon. Mwenefumbo has joined the UTM to contest for Karonga Central parliamentary seat which fall vacant after the demise of the late Hon. Dr. Cornelius Mwalwanda.

In 2014, Hon. Mwenefumbo was first elected to Parliament as Member of Parliament for Karonga Central constituency before losing it to the late Hon. Dr. Mwalwanda in a closely contested battle in the May, 2019 Tripartite Elections .

In the statement signed by its party’s Deputy Secretary General, Grace Tchupa dated 2nd August, 2020, to the party chairman with copies to all Regional and District chairmen and their committees, says the party has accepted Hon. Mwenefumbo’s resignation and wishes him good luck in his personal endeavours.

The party is advising Hon. Mwenefumbo not to use Aford name in any way, saying doing such would prompt legal action and all those that joined the party with him that they have automatically ceased to be members of Aford.

’’All who would like to follow him must do so in writing before 7 days. Hon. Mwenefumbo has automatically removed himself from Tonse Alliance committees,’’ reads the statement in part.

Aford is warning all of its members not to be seen with Hon. Mwenefumbo or talk about him, as this will be taken as sympathizing with him, eventually, they will be expelled from the party saying Mwenefumbo has never been Aford.

The party is reminding the entire membership that it is their obligations to pay for Aford bills and not to the President, advising all committees to see how they would settle a K10 million debt the President incurred on behalf of the party for the fresh elections budget, with members and leaders to meet the President in September as agreed during structure verification