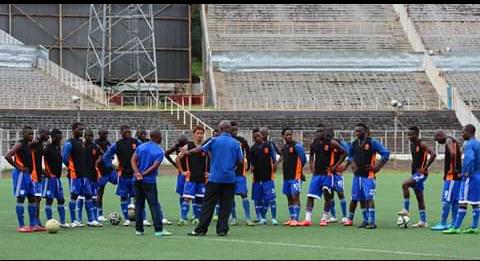 The company’s representative in the country, Mike Butao has confirmed about the suspension on this week saying that if the deadly Covid-19 pandemic will keep rising the company will suspend the sponsorship thus the company is not yet making profits.

However, Butao said the company will keep sponsoring the club until December this year.

In early June, Beforwad Limited trimmed the amount of money they are supposed to gave the team by 60 percent after they suggested to withdraw their partnership for three months.

Meanwhile, Wanderers’ General Secretary (GS) Victor Maunde disclosed that they are still searching for a green pasture to obtain a new sponsorship with different companies and people in the country.

“Despite being in partnership with Beforwad Company Limited, we have been suffering to cover up some areas for instance the signing on fee, game bonuses, and traveling allowances among others of which we were forced to obtain loans,” Maunde explained.

Beforwad Company Limited begun sponsoring the Nomads in the year of 2014, and then extended their contract with three football seasons from 2019 to 2021.