VP considers Honoraria to be revisited 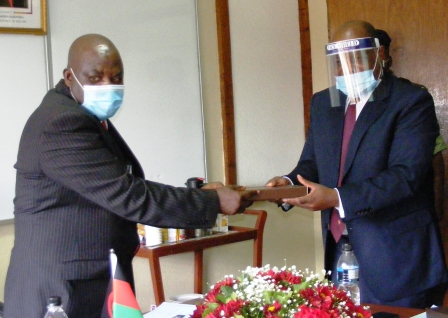 Chilima made the suggestion on Thursday during an interface meeting with officials from the ministry to discuss progress of the reforms and improvement of service delivery.

In a telephone interview on Thursday, Minister of Local Government and Rural Development, Lingson Belekanyama confirmed the development, saying the Vice- President suggested the need for the revision of honoraria for chiefs.

Belekanyama said it is true honoraria for chiefs was little and that they have assured the Vice-President the ministry would sit down and come up with better honoraria figures considering the rising cost of living.

He said the honoraria also need to make sense in terms of seniority of the chiefs, but also considering the work they do in developing the nation.

“We have given ourselves 14 days to look at the suggestion and we will be making submission to the Vice-President as part of the reforms,” said Belekanyama.

He added that not only will the ministry revise the figures; it will also look into modalities of paying the chiefs.

“You might be aware that most of the chiefs live in the villages and that they are forced to travel long distances to access that little amount they get from the bank.

“We agreed with the Vice-President that we are going to explore mobile platforms so that they easily access the money,” said the minister.

Commenting on the development, Lilongwe District Commissioner, Lawford Palani said revising the honoraria is good development but also pointed out the issue of distance for chiefs to access the money from the banks.

Palani said the money is too little that when they want to come and get it, they spend it for transport only because some get as low as MK5, 000. He said traditional leaders have been raising the issue with his office and hoped the relevant authorities would positively respond to the need to revise their honoraria.

“The revision is so much necessary because chiefs are a centre point of development and if they are not economically empowered, they may be enticed to indulge in corruption.

“I am very happy with the development because if it is implemented, they are likely to remain with a little something in their pocket to use it to access their different needs,” said Palani.

In a separate interview, Traditional Authority (T/A) Tsabango commended the new government for the initiative to improve their welfare. Tsabango said they have a lot of needs to attend to, but are not able to do so because the money is too little to cater for such needs as it is also spent on transport when travelling from the village to town where they access it.

“This is what we have been waiting for. We are very confident that this is the beginning of many good things government will implement. I am hopeful that our village heads will now afford to buy at least a bag of fertilizer from the honoraria,” he said.