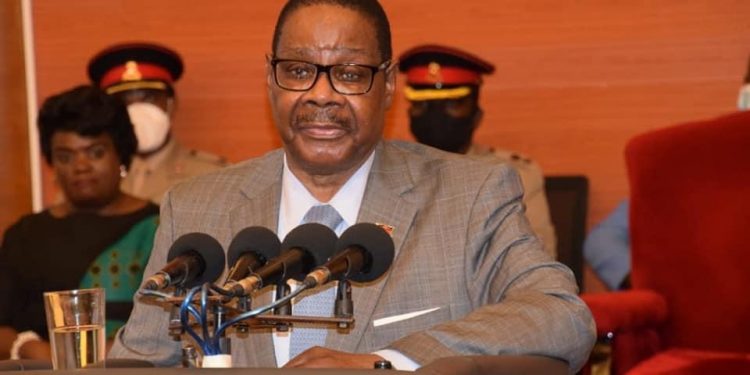 Police interrogated former President Peter Mutharika at his home in Mangochi about his involvement in K5 Billion cement scam.

Mutharika’s interrogation comes at a time when his involvement has been questioned in the procurement of K5 Billion cement using his Taxpayer Identification Number.

Criminal Investigations Department (CID), Deputy Commissioner of Police Bob Mtekama led the questioning, according to The Atlas sources at the National Police Headquarters.

In the initial transaction in November 2018, shows that the President bought 20 000 metric tonnes (MT) or 200 000 bags of cement worth $2 240 000 (about K1.68 billion) from PTC Zimbabwe Limited duty-free. In the second transaction. in July 2019, Mutharika bought the same quantity from Prestige Export based at Chipata in Zambia.

But in a statement released on Friday and made available to Malawi Metro News, former President Mutharika appears to be distancing himself from the importation of the cement from Zambia and Zimbabwe using the duty free status that presidents enjoy to import goods for personal use.

The statement signed by Linda Salanjira, the Personal Secretary to Mutharika, denied to have bought nor instructed anyone to buy or import the cement in question.

“Accordingly, the former president did not, as he could not, request the Malawi Revenue Authority to invoke any of his privileges to clear the alleged consignment of cement duty- free,” part of the statement reads.