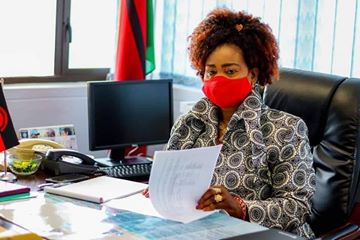 Government intends to revise the 2010 Child Care Protection Act in a bid to address various forms of abuses that children are facing in the country.

This follows revelations of increased cases of early pregnancies, use of drugs and early marriages by children in the country.

The move also comes as authorities in Mangochi have disclosed that about 7274 early pregnancy cases have been registered in the district alone.

In an interview, Minister of Gender Patricia Kaliati challenged parents to take a leading role in
protecting children more especially now as schools are closed.

Kaliati has since indicated that they will revise Child Protection Act so that parents who may not be able to protect their children should be arrested. She has also revealed that social welfare officials have been ordered to assess the pregnancy cases in Mangochi and other affected districts.

Meanwhile, Phoebe Kasoga, Country Director of Plan International Malawi has reaffirmed her
organization’s interest to fight for rights of children in the country.