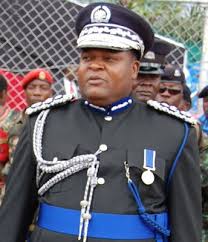 Just hours after his arrest, former Inspector General of Police Peter Mukhito has been released on police bail.

Mukhito, who is also former State House Director General was arrested by the Fiscal Police in in connection with K5 billion duty free cement import from Zambia and Zimbabwe.

Police also arrested former President Peter Mutharika’s personal bodyguard Norman Chisale on the same issue and was given bail by the Lilongwe Magistrate Court. Chisale was arrested on Tuesday for his alleged involvement in the importation of cement worth over K5 billion from Zambia and Zimbabwe in the name of Mutharika duty free.

Mutharika’s Taxpayer Identification Number (TPIN) was used in importation of bags of cement worth over K5 billion.

According to documents, Peter Mukhito who was Director of State Residences in Mutharika’s administration on several occasions asked the Malawi Revenue Authority (MRA) to provide clearance for free duty cement.

Documents also show that the cement was imported by Mohammed Ahmed Chunara, owner of Prestige Import and Export.