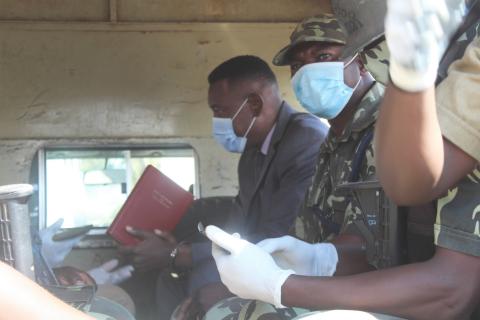 Former president Peter Mutharika’s personal bodyguard, Norman Chisale has been re-arrested barely hours after being set free by the High Court in Blantyre.

His lawyer Chancy Gondwe confirmed to Malawi Metro.com the arrest on Tuesday but said he is not aware of the offence he has been arrested for.

“At the moment we are not aware of the offence, but just speculation indicates it is because of the murder of Isa Njaunju,” he said.

Njaunju, the then Director of Corporate Affairs at the Anti-Corruption Bureau (ACB) went missing in July 2015 before his body was found some days later and his official vehicle, Toyota Hilux double cabin was found later on burnt down in Lilongwe City.

Judge Sylvester Kalembera granted Chisale bail on Monday with some conditions on his attempted murder case but was not released from Chichiri Prison as he delayed to serve the Police and Prison Services the documents.

Gondwe confirmed that his client surrendered the documents on Tuesday and was released before being taken again by the police.

“It has happened. We will see what to do. It is his constitutional right to bail and we will be working on that according to the law,” he said.

This is the third arrest in a row as he is already on bail on other cases of money laundering and fraud in the MK5 billion saga involving the duty free importation of cement for former President Mutharika.