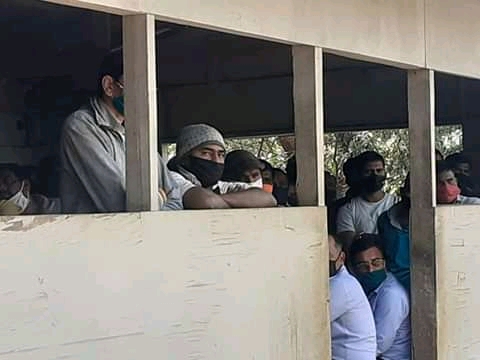 The Lilongwe Senior Resident Magistrate’s Court has granted bail to 65 Indian nationals who were arrested last week for staying in the country illegally.

The court has ordered each one of them to pay K100,000 as cash bail bond. The court has also ordered the director and manager of Salima Sugar Factory to pay K5 million non-cash surety bail bond. Their trial is expected to start on Thursday.

Defense lawyer Joseph Chiumia accused the government of double standards, saying the
same government invited the Indian workers, saying it even chartered a plane for them because commercial flights were grounded due to the Covid-19 pandemic but now the same government was deporting them.

But state lawyer Binwell Kachingwe said the fact that the suspects did not have work permits is
proof enough that they were illegally working in the country. However, the state maintained that it is a normal practice to have foreigners work without work permits while the permits are being processed.