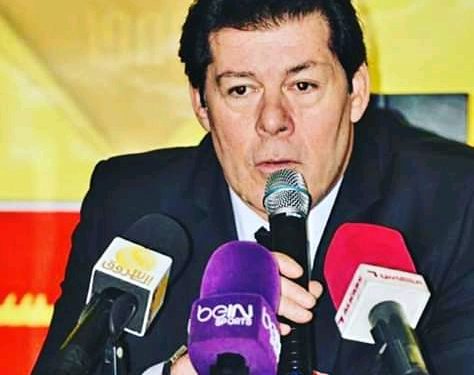 The South African Football Coaches Association (SAFCA) has weighed in with their condemnation of Belgian coach, Mr. Luc Eymael who has been accused of racism while working for Tanzanian side Yanga FC.

“SAFCA reaffirms its long-standing view that African countries, their clubs, and Football Associations should have a more rigorous and thorough approach when appointing foreign coaches.

History of African football shows that very few “non-African” coaches who have worked on the Continent have left any sort of positive long-lasting legacy in the development and progression of African Football,” said SAFCA President, Greg Mashilo.

Mashilo said his organisation has always been very vocal on this matter as it retards development of African coaches, who if empowered equally and given similar levels of opportunities, support and resources, could achieve much more given their familiarity with local culture and strongest characteristics.

“Eymael has a history of disrespecting Africans and African football, yet he continues to get coaching jobs around our Continent, more particularly in South Africa where he was recycled within our Professional Clubs. The critical need for Clubs and Football Associations to have an anti-racism Clause in the contracts and Code of Conduct/Ethics, is understated,” added Mashilo.

SAFCA via the South African Football Association (SAFA) will be proposing to the South African Government on much stricter implementation of FIFA Club Licensing System, and more importantly, the criteria for processing of and issuing of work permits to foreign coaches.

“Just having a UEFA License should not be the primary reason for approving work permits. “In light of Black Lives Matter global movement and Racism in football in Europe, this must become a watershed moment for African football to make a stand against Racism whilst doing our best and remains firmly committed in Development and Evolution of African Football at large,” he said.

SAFCA recommends that strong action should be taken against Luc Eymael.

“He must be banned from working not only in African football but globally so as to send a strong message to other racist masquerading as “coaches”.