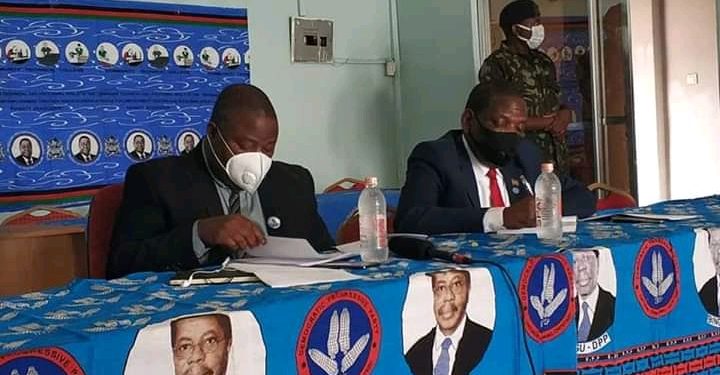 Opposition Democratic progressive party (Dpp) has refuted claims by President Lazarus Chakwera that the previous regime might have plundered about 1.3 trillion Kwacha of public funds.

The party’s second vice President for the South who is also leader of Opposition in Parliament Kondwani Nankhumwa spoke during a press briefing in Lilongwe in reaction to what President Lazarus Chakwera said on Saturday.

Nankhumwa argues that the President’s statement is cheap propaganda and a deliberate ploy to arrest DPP members and a way of making Malawians forget the Tonse Alliance campaign promises.

However Government is dismissing DPP’s refusal that the party squandered public funds amount to 1.3 Trillion kwacha.

Minister of Information Gospel Kazako has said 1.3 Trillion is the figure that Government has and if in dispute, the DPP should give government the correct amount of money that the party plundered while in government.

“That is our figure as government, that is what we have got. It will be helpful to us if we here from the how much they rooted. Am sure they have their own figure which day help us to compare,” said Kazako.

During a National address recently, President Lazarus Chakwera said the DPP led government had plundered such an amount, move which the DPP opposed this morning during a press conference in Lilongwe.