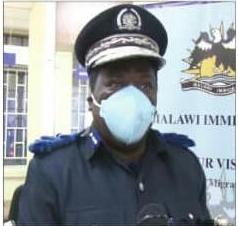 The Department of Immigration and Citizenship has said that the possibility of reducing the cost of obtaining passport can only be possible in three years to come.

The Department’s chief, Masauko Medi said this is the case because the Department has a three years contract with an investor who pumped in the funds and is working on a number of developments to improve services.

During the campaign trail, Tonse Alliance which is now in power promised Malawians that they will reduce the cost of obtaining an ordinary passport from K48, 500 to K15,000.

However, when quizzed on earlier plans by the previous government to increase passport prices from 48,500 to 80,000 Medi said they are still in consultation with government and they have not been advised to proceed with the adjustment.

The development to increase passport payments received a missed reaction from stakeholders who expressed dismay at the suggested exorbitant prices which was going to affect poor Malawians who travel mostly for Business or seeking for greener pastures.

Many Malawians are still voicing their support if the current government will live up to its earlier promise to further slash down the prices as promised during campaign.