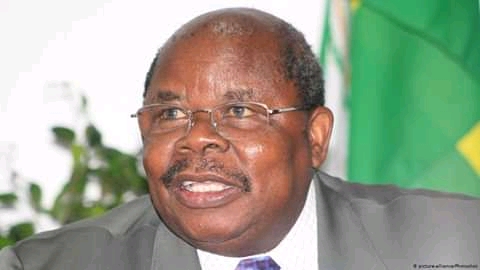 President Magufuli has confirmed the death few minutes ago via a live televised broadcast.

The late President was admitted in a Hospital receiving treatment.

The late President Benjamin Mkapa was born in 1938 in Ndanda, near Masasi in Mtwara.

He graduated from Makerere University in Uganda in 1962 with a degree in English. He also attended Columbia University in 1963 and was awarded a Master’s Degree in International Affairs.

Previous posts include being an administrative officer in Dodoma and the Minister for Science, Technology and Higher Education.

He also had the chance to lead the Tanzanian mission to Canada in the year 1982 and to the United States Of America from 1983 to 1984.

In 1995, Mkapa was elected as President based on a popular anti-corruption campaign and the strong support of former President Julius Nyerere.