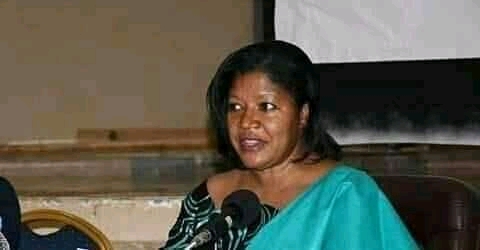 The Anti-Corruption Bureau (ACB) yesterday pounced on ESCOM where it arrested the power utility’s former Board Chairperson, former Chief Executive Officer and two others in connection with a MK4 billion corruption probe.

He said: “Yes, we made the arrests and I can also confirm that we have arrested Mrs Jean Mathanga. But more information will be made available. For now, we can say that we have finished the arrests.”

In a statement issued later, the ACB said it had also arrested former Escom Director of Procurement Fanuel Nkhono and Senior Procurement Officer Emilias Kandapo in relation to the procurement scam at the power utility.

In April this year, ACB had concluded investigations into the procurement deal and recommended the prosecution of the suspects that included Kandulu and Mathanga for alleged neglect of official duty under Section 121 of the Penal Code.

The probe followed a complaint ACB received on September 21 2016 from an informant that there was political interference in the manner procurement contracts and payments were made.

The ACB statement signed by the bureau’s Senior Public Relations Officer Egrita Ndala indicated that the four would be taken to court once ACB records their statements.

Reads the statement in part: “The four are suspected of committing an offence of abuse of office contrary to Section 25 B of the Corrupt Practices Act. They will be taken to court after the ACB has recorded statements from them.”

According to an internal ACB memo dated July 2019, the graft-busting body concluded its investigations with Matemba approving a request from the investigator to proceed with prosecution of the suspects on March 26 2020.

The ACB, according to the memo, indicated that it wanted Mathanga, who is also a commissioner of the Malawi Electoral Commission (MEC), prosecuted for allegedly giving false information, contrary to Section 14 (a) of the Corrupt Practices Act (CPA).

The memo also recommended that Nkhono and Kandapo be prosecuted under Section 63 (1) of the CPA as read with Section 63 (2) of the Public Procurement Act.

The memo indicated that the complaint received indicated that the goods were supplied without proper documentation and that procedures were not followed. A development that led to the resignation of then ESCOM Director of Finance Betty Mahuka.

In recent years, ESCOM has been entangled in numerous challenges, including toxic debts and alleged corrupt practices that have in turn crippled operations and dented the power utility’s image.

In October 2018, ESCOM offered contracts to companies not registered with the Registrar General and avoided clearance from the Public Procurement and Disposal of Assets Authority (PPDA) by splitting procurement deals.

The revelations came at a time when several scandals had rocked the parastatal, including theft of 4.2 million litres of diesel meant for generators and misprocurement of goods worth K5 billion.