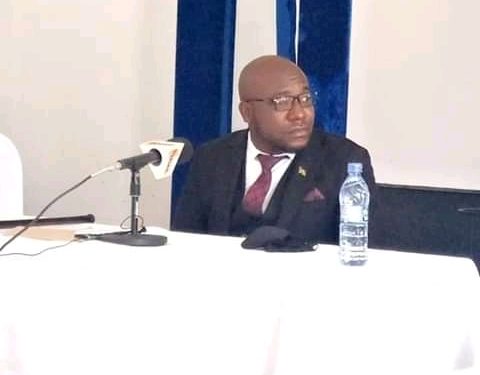 0
SHARES
59
VIEWS
Share on FacebookShare on TwitterShare on Whatsapp

Minister of Civic Education and National Unity,
Timothy Mtambo says he has accepted the
resignation by his Personal aide Lyson Sibande.

Sibande resigned following a social media storm as
critics slammed Mtambo for appointing someone
who has been very critical of the current leadership.
In his resignation letter, Sibande said he regretted
how he treated the Lazarus Chakwera leadership and
decided to step down because he found that his
critics had a true case.

But addressing the media in Lilongwe today, Mtambo said he respects Sibande’s stand and has rightfully accepted his resignation.

“I have worked with him (Sibande) at CFT and he proved to be good that is why I picked him for this
task and its unfortunate that things have turned out this way. I hail Malawians for rising to question my
move,” said Mtambo.

Sibande was one of the popular writers on the social media that were critical of the moves and ideas by Chakwera and the developed Tonse Alliance.

As part of the uproar against his appointment as PA
for Mtambo, people shared his previous posts before questioning the minister for appointing him.

Many critics expressed dismay over Mtambo’s decision of picking him as his personal Aide yet he was a DPP sympathiser who openly criticised MCP and Tonse Alliance favoring DPP to win the previous elections.

His resignation comes amid pressure from many social media out bursts accusing the Minister for betraying people’s trust.