Kamwendo takes a swipe on employers over payments

by Chaweya Mzembe
in National, Sports
0 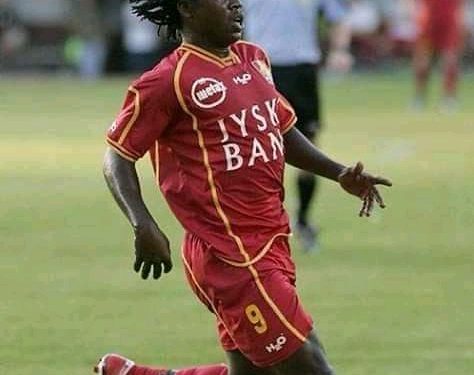 Flames and Be Forward Wanderers FC legend Joseph Kamwendo has taken a swipe at the Nomads for refusing to pay his monthly salary for the past three months
.
The former midfield maestro was given a new role as Technical Assistant at the club following his decision to retire from football.

However, Kamwendo has revealed that he
is not receiving his monthly salary from the club, a situation which has forced him to come out in the open to show his frustrations.

According to Kamwendo, he is surprised that he is not getting paid when his fellow coaches and youth sides are receiving their salaries.

“I find it very unfair during this difficult period of Covid-19 pandemic, they are treating me like this. Now, I think it’s too much, I cannot continue suffering with my family,” said Kamwendo.

Kamwendo continued to say that when he first enquired, in March [this year], the GS Maunde told him that the club would stop paying him until the Covid-19 pandemic situation improves following the sponsor’s (BeForward Limited) decision to cut sponsorship.

“Then all of a sudden, they told me that it is because I do not have a m contract yet when I was offered the technical position by the previous executive committee, I was being paid on the understanding that a formal contract would be prepared,” Kamwendo told Malawi Metro News.

The former Flames player added that he has had enough and that his patience has now worn thin.

He said that the fact that they have not processed the contract is not of his making and his colleagues are getting paid yet they also do not have contracts. He was being paid without a contract last season up to sometime in February this year. “ Why not now? They can’t treat me like this after all my contribution,” he told the Metro.

But reacting to the news, General Secretary for Wanderers Victor Maunde said Kamwendo was no longer their player hence the decision to stop paying his salaries.

“When we were ushered into office, we found that he had retired and we had no basis to continue paying him. So, as an Executive Committee we agreed to sit down with him to formalise his role and as we were in the process of doing that, our sponsor cut the sponsorship by half due to effects of the Covid-19 pandemic.