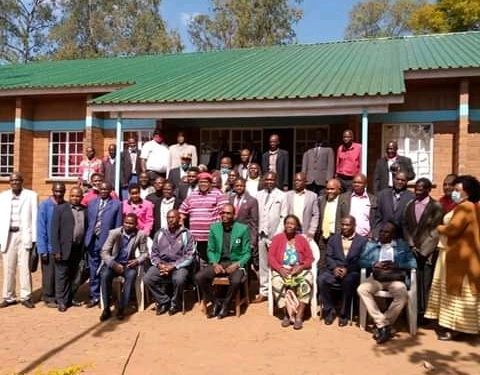 Traditional leaders in Mulanje have vowed to suport police in pursuance to ensure public safety and security in the district.

Speaking on Tuesday during an interface with police, Senior Chief Chikumbu said security is important for any development aspect.

“Security is important for any form of development and this  requires joint efforts. As traditional leaders, we will stand with you,” she said.

The Chief further applauded community policing groups for what she described as a commendable job they are doing. She said whenever there is any security issue, the members are quick to respond.

The senior chief then said she will lobby for support so that community policing groups have enough equipment.

In his remarks, senior chief Mthiramanja described security as a compliment for development. Mthiramanja said people can have businesses and other income generating activities but if there is no security everything gets compromised.

“Security is development because without it businesses and other things are affected. We are therefore committed to supporting you in whatever way we can manage,” he said.

Mthiramanja then expressed concern at other people’s lawlessness saying the tendency is retrogressive. He pledged to work with police to root out the vice.

“I am glad that as leaders you are willing to work with your police. Community participation is crucial in security because security starts with the community itself” he said.

Bishop Preston Kasito, a SEC member concurred with Magalasi saying traditional leaders know a lot about what happens in their jurisdiction and their participation is vital.