Man gets 12 yrs IHL for defilement 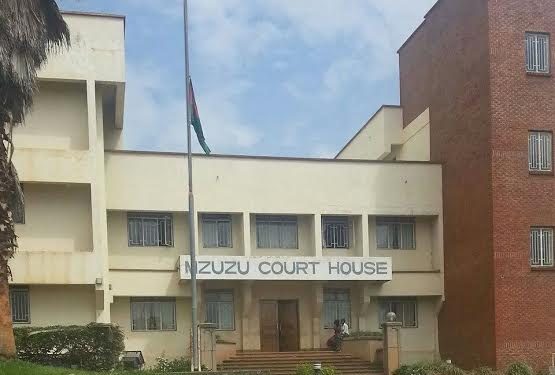 The convict , Andrew Mtonga hails from Zana village in the area of Inkosi Mtwalo in Mzimba district.

State prosector Kaliati Phiri told the court that  Mtonga defiled the minor on February 17,  2020 whilst in his own house at Masasa village in Mzuzu city.

“On the material date, the victim went to Mtonga’s house to play with convict’s daughter,” Phiri said.

Phiri also told the court the convict’s wife asked the victim to bring her a cooking stick that was in another house where there was a convict.

“When she entered the house, Mtonga grabbed her hand and dragged her to the bedroom where he fulfilled his desires; Mtonga then frightened the victim that she was going to die if she reveals the ordeal to anyone,” Phiri told the court.

He also told the court the victim could not keep it to herself as she  told her farther after some days and the case was reported at Mzuzu Police Station.

“The victim was taken to Mzuzu Central Hospital where she was medically proven to have been defiled which led to Mtonga’s arrest,” He said.

Appearing in court, Mtonga pleaded not guilty to the charge, the situation which forced state to parade five witnesses to prove and was proved guilty.

In his submission, Phiri described the convict’s conduct as being irresponsible which  did not tally with his age.

He therefore asked court for a stiff punishment to teach him a lesson and deter would be offenders.
When Passing sentence, Principal Residence Magistrate Paul Chiotcha concurred with the state and  sentenced the convict to 12 years IHL for defilement which contravenes section 138 of the penal code.