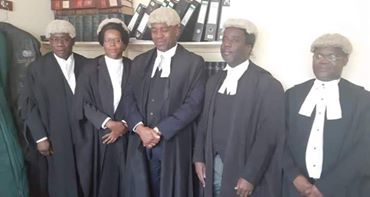 Malawi’s Constitutional Court judges who presided
over the 2019 presidential election case have been
nominated for an International Affairs Prize.

In a letter , signed by Dr Robin Niblett, Director of
Chatham House has congratulated the country’s
judges for being nominated over their ‘bravery’ in
the 2019 presidential elections case.

Besides, the letter which has been addressed to
Justice Healy Potani has indicated that the five Constitutional judges have also been nominated for
the 2020 Chatham House Prize.

The Malawian judges who have been included in
the, nomination are Justice Potani, Ivy Kamanga,
Redson Kapindu, Dingiswayo Madise and Michael Tembo.

Since 1920 only two Africans, Joaquim Chissano,
President of Mozambique; and John Kufuor,
President of Ghana have managed to scoop the
award.

The first Chatham House prize was won by Victor
Yuschenko, President of the Ukraine then Luiz Inácio Lula da Silva, President of Brazil.