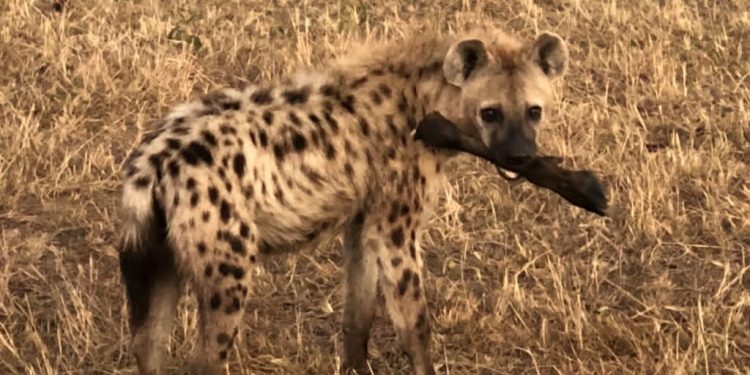 A 56 year old woman has been killed by hyenas while she was found drunk and asleep on her way back home from a drinking joint at Doviko in Traditional Authority Mpando, Ntcheu, on Saturday night.

On this fateful day, July 18, the couple decided to leave the drinking place for home separately depending on how much alcohol one wants to satisfy his or her desire.

The man was the first to call it quits. He reached home in good time leaving behind his wife still enjoying the locally brewed drink.

While heavily drunk, at around 2300 hours, Mrs Ellenita started off home alone. While on her way back home, Ellenita failed to complete the journey and decided to find a sleeping place within the nearby bush.

The woman had no knowledge that hungry wild beasts, the hyenas, were in the area hunting for food.

Fortunately, in the first attempt when a single hyena attacked her, a young man managed to chase away the hyena. This was after the woman screamed for help.

The grave mistake the young gentleman did was to think that the hyena has gone away for good; little did he know that it had left to ask for more support from other beasts to complete the mission.

The young man left for nearby houses to deliver the news and possibly ask for assistance to take the woman to safety.

Unfortunately, a return to the scene by the young man, in the company of more villagers, found the woman’s body in the jaws of a group of hyenas. The people just managed to rescue only small parts of the woman’s body.

Ntcheu district last registered a case involving hyenas and people in November, 2018, when a marauding hyena, during day time, chopped off an eleven year old boy’s both hands, and seriously wounding other three people before it was neutralized by police.