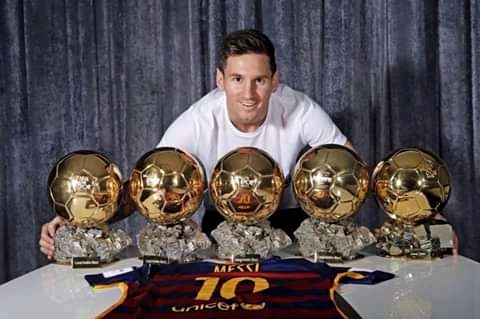 The Ballon d’Or has been cancelled for the first time in the award’s history due to the impact of the coronavirus pandemic on the football calendar.

Barcelona’s Lionel Messi won the 2019 award while OL Reign’s Megan Rapinoe took home the Ballon d’Or Feminin. Organisers of the award, Group L’Equipe, announced in a statement on Monday that the conditions for the prize to take place had not been met.

“There will be no edition in 2020, because it turns out, after thoughtful consideration, that all the conditions are not met. We believe that such a
singular year cannot — and should not — be treated as an ordinary one,” editor-in-chief of France Football Pascal Ferre said in a statement.

Each of the 180 juries will choose 11 players and the players with the most amount of votes will make the final team. The award was created in 1956 and is the most prestigious individual trophy in football. In 2018, it added the Ballon d’Or Feminin to reward the best football player in the women’s game.

Alongside the Ballon d’Or, the organisation also gives an award to the best young player and the best goalkeeper.