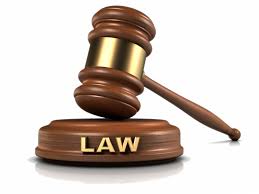 The court through state prosecutor Inspector Samie Liwonde, heard that contrary to section 138 (1) Chikondi Gresham defiled a seven year old girl at a nearby bush when the victim and her friend went to pick guavas at around on 1600 hours on 24 March, 2020.

Chikondi, who happens to be a neighbor of the victim, chased the girls until he managed to get hold of the victim and defiled her. Although the standard 2 girl was threatened not spill the beans elsewhere, she went straight to her parents and narrated her ordeal.

The matter was reported to police who later took her to Ntcheu District Hospital for medical examination and treatment. The results of the examination confirmed the defilement.

As this incident was happening, there was another defilement complaint against the same culprit committed  to another victim, 6 year old girl. In addition to confirming the defilement to the 6 year old girl, the district hospital also found her with sexually transmitted disease.

In mitigation, Chikondi  Gresham, who hails from Eneya village, traditional authority Kwataine in the district, prayed for leniency to the magistrate saying that he is young to go to prison.

But, in submission Inspector Liwonde, asked the court to slap the accused with stiffer punishment. He cited the trauma the accused has inflicted to both girls considering their ages.He also said that at their tender ages, the girls have become laughing stocks in their area, a thing that will endanger their education and possibly their future too.

In his judgment, Senior Resident Magistrate Yohane Munthali, concurred with the state. He said that defilement cases are very rampant in the district. And said that people like the accused are a threat to the society.