Norman Chisale Re-arrested after being granted over a Fraud Case 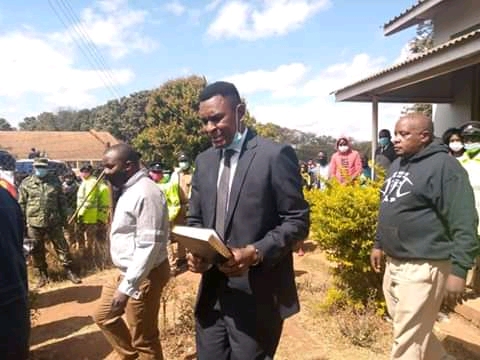 Lawyer representing Norman Chisale, former
President Peter Mutharika’s bodyguard has accused
government of interfering with operations of the
Police following the re-arresting of his client. The lawyer, Chancy Gondwe has made the remarks
after Chisale was re-arrested barely minutes after
being granted bail over a fraud case.

Authorities say he has been re-arrested for attempting to murder one Sigeli Amani in Blantyre. In reaction, Gondwe described the development as unfortunate because Amani had orally withdrawn the case in the past. More so, Gondwe says his client would not have
been re-arrested because he is fully supporting the
said victim.

In May, it is said Chisale shot the woman at
Chimwankhunda Township in Blantyre as he was
allegedly chasing people suspected to have been
robbers.