CIDEDI asks Govt to put a waiver on pension funds 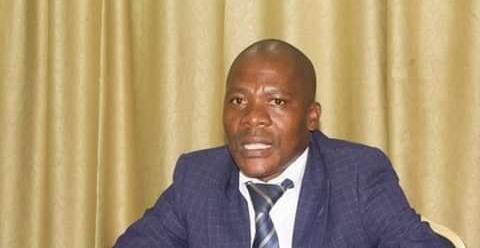 CIDEDI asks Govt to put a waiver on pension funds

CDEDI commends government for scaling up Covid -19 measures aimed at containing further spread of the pandemic, but is concerned with the serious impact some measures have had on some quarters of the society, particularly the Private school teachers and workers in the hospitality industry since government ordered the closure of both public and private learning institutions on March, 23, 2020 which has seen many private sector employees rendered jobless.

The organization says as they commend government for making teachers in the public schools getting their dues, teachers working in the private institutions and some workers in the hospitality industry stopped getting their salaries in March, and others in April, meaning that these people do not have any source of income to feed their families and let alone pay rentals when their funds are lying at the Reserve Bank of Malawi [RBM].

This is contained in a statement by its Acting Executive Director, Sylvester Namiwa dated 14th July, 2020 with the subject, “government should consider a waiver on access to pension funds, and mass distribution of face masks”.

In the statement, CDEDI is kindly appealing to government through the Ministry of Finance to introduce a waiver so that the affected employees are able to access their pension fund as one way of mitigating the impact of loss of jobs due to the pandemic.

CDEDI also welcomed government’s decision to introduce mandatory measures on usage of face masks when accessing services in all public institutions in a bid to contain further spread of the Covid -19.

The organization is appealing to all public and private institutions including commercial banks to make available face masks right at the door step to all the underprivileged people that are seeking service provisions but cannot afford to buy the masks.

“We are appealing to government to consider using some of the funds that have been set aside for the fight against the Covid -19 to buy the face masks to be distributed in all the public institutions,” reads the statement in part.

CDEDI is reiterating its position that government should endeavor to come up with some home grown approaches in the implementation of the copy and paste kind of preventive measures that will only succeed in pushing the poor into an early grave.