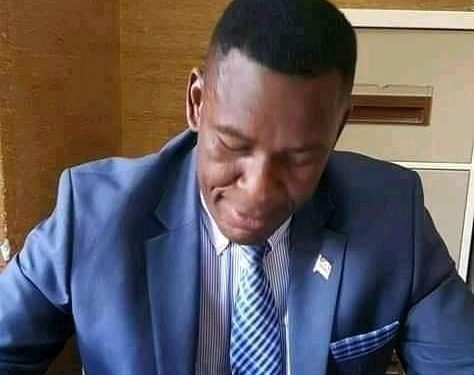 Chisale was put under arrest when he presented himself to police Tuesday morning after leanring that the law enforcers were going to nab him following their interrogation of  business person  Mahmed Shafee Ahmed Chunara on Monday.

National Police spokesperson James Kadadzera confirmed Prestige Import and Export owner, Chunara,  was questioned by the law enforcers over his involvement in the importation of cement using former president’s name.

Police sources indicate that Chonara implicated Chisale to be behind the cement scandal after he  was named in public tax collectors documents indicanting that he was involved in the importantion of 1.2 million bags of cement worth K5 billion.

He also claimed that all border clearances were done by Chisale.

The police source added that Chunara claimed there is documented evidence that the cement was collected by a State House official during the time Mutharika was President and that the documents have been surrendered to the authorities.

Before Mutharika was ousted from power in the June 23 fresh presidential election, State House and MRA on June 16 justified the transaction as “within the law”, as it was for personal use.

The Presidents (Salaries and Benefits) Act allows the President “duty free importation of items for personal use”.