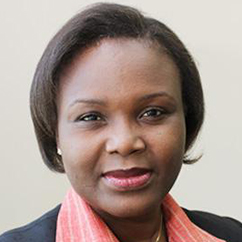 The Tonse Alliance administration is dismissing
allegations by the opposition Democratic
Progressive Party (DPP) that the arrests being made
are political persecutions.

Since President Dr. Lazarus Chakwera became the Malawi leader, the Police have made several arrests on people in relation to offenses allegedly committed during the DPP regime.

The arrests include that of 12 police officers in connection to the death of an albino killer suspect
Buleya Lule, former Deputy Director of MRA Roza Mbilizi and a Bangwe Nthandizi Ward Councilor Isaac Jomo Osman among others.

DPP spokesperson Nicholas Dausi is accusing the
new administration of persecuting those in opposition.

In his response, however, MCP National Campaign
Director Moses Kunkuyu who is a senior member in
the Tonse Alliance argues that those in the wrong will be prosecuted.

He said it is a normal clean up procedure the government is doing to recover billions of kwachas looted by greedy people and leaving the country drained of its resources that could have benefitted poor Malawians.

He further said the Anti Corruption Bureau (ACB) with all prosecuting bodies will work hand in hand to recover stolen monies and bring the perpetrators to book.

The recently arrested Mbilizi is accused of syphoning billions of money amassing alot of worth and assets beyond his pay grade scale.

She has currently been granted bail considering the 48 hour period a suspect is supposed to spend in a police cell due to the nature of her case which requires further investigation by the forensic department.