12 Arrested Police Officers to go on remand at Maula Prison 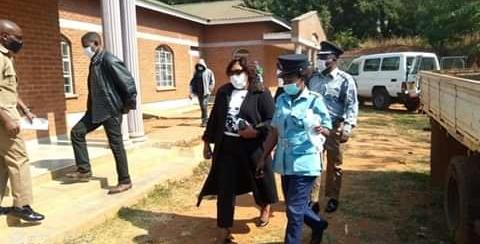 The state has denied a plea by the 12 accused police officers answering murder charges not to be sent to prison pending their trial.

Enock Mbwana, lawyer for commissioner Evelyn Chisale, who is the thirteenth accused person in a suspected murder of Buleya Lule, made an application to the court that the suspect and other 12 police officers should not be committed to Maula Prison.

The Lawyer wanted the accused person to be remanded at the police station for fear that prisoners might seek retribution against them.

However, State lawyers have objected to the application that the 13 police officers be segregated at a police cell.

They have argued that prison authorities have the mandate to segregate inmates upon noticing that the ones taken there are at risk of being mistreated by fellow inmates.

Lule was tortured and killed in a police cell as he awaited a court appearance where he was accused of killing a child living with albinism.

In his first appearance in court, Lule had promised to reveal names of his master’s who sent him to abduct and kill the victims; only to be found dead the following day in a police cell.

According to an autopsy conducted by Dr Charles Dzamala showed that Lule had died of internal injuries after being hit with sharp objects and suffocation with his body partially burnt towards the abdomen.