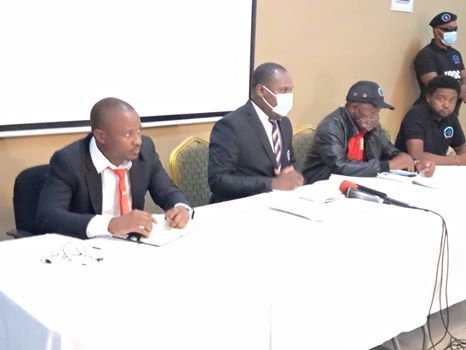 Yesterday, President Dr. Lazarus Chakwera released his first cabinet which has drawn mixed reactions as people are questioning the inclusion of renowned politician and MCP Vice President Sidik Mia and his wife in the 31 member cabinet.

Speaking to Malawi Metro News, DPP Spokesperson Nicolas Dausi accused the Chakwera leadership of fielding people that does not potray inclusion as the leader preaches. Dausi has since cast shadow of doubt on the possibility of the cabinet to succefully deliver to poor Malawians as promised. He has also said they respect the appointment of Rashid Gaffar into the cabinet.

He says issues of family appointments, absence of Gender Ministry and regionalism were raised by those who called them to express their disapproval with the cabinet.

According to Trapence, they have decided to engage the President on the issues and that meeting will take place today. Malawians will get feedback after the meeting.