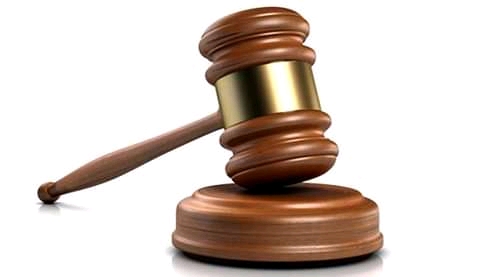 The Lilongwe Senior Resident Magistrate’s Court has sentenced two men to 1-and-a-half year in jail for theft soon after they were released as a preventive measure against Covid-19.

The two, Christopher Kubalasa, 28, and Enock Banda, 32, were, on Thursday, found guilty of stealing bicycle and other items worth K905,000.

The court, through State Prosecutor Sub-Inspector Bauleni Namasani, heard that the convicts committed the offence between the night of May 21 and 22 this year at Area 36 location.

The two broke into a new compound which the owner, Bright Jeremiah, had just moved into.

They stole a bicycle, 10 pairs of shoes, plumbing tools, computer box which were heaped on the verandah.

The convicts, the court further learnt, went on to steal from a car for its assessories and a battery.

Jeremiah reported the case to Area 36 Police Unit, leading to the arrest of Kubalasa and Banda.

They pleaded guilty to their charges, both regretting their actions.

The State, through Namasani, asked the court not to show mercy but rather nail the two hard, saying the complainant had suffered a huge loss.

Namasani argued further that the accused hadn’t reformed while in prison hence stiffer penalties to deter others.

In his sentence, Senior Resident Magistrate Montfort Misunje condemned the two each to 9 months for the first count of theft and 1-and-a-half year for theft of bicycle.

Both sentences are to run concurrently.

Kubalasa comes from Mulunguzi Village in Traditional Authority (T/A) Juma in Mulanje District while Banda is from Nyambalo Village under T/A Kadewere in Chiradzulu District.