US encouraged by Malawi election 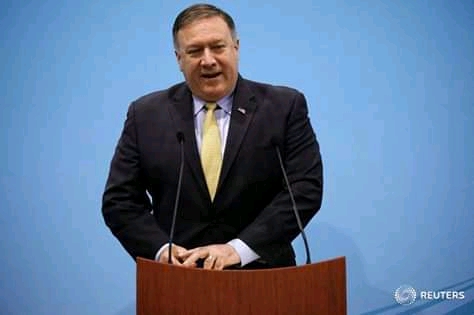 The United States on Wednesday voiced optimism for Malawi whose new president, Lazarus Chakwera, has vowed to root out corruption after winning a re-run election.

Secretary of State Mike Pompeo noted that it was the first time that a candidate from an opposing party has won in Africa after an earlier election was invalidated over fraud.

“Truly a historic opportunity for the people of that country,” Pompeo told reporters.

Tibor Nagy, the top US diplomat for Africa, wrote on Twitter: “Congratulations to the people of Malawi! This election demonstrates the strength of your institutions and your commitment to democracy.”

Malawi went to the polls in May 2019, with incumbent Peter Mutharika declared the winner, but Chakwera, a former evangelical preacher, alleged irregularities.

The country’s top court agreed, ordering a fresh election last week in which Chakwera won almost 59 percent of the vote.

In one of his first acts, Chakwera dissolved the boards of directors at 60 of the country’s 100 state-run enterprises in effort to fight graft.

Chakwera has also pledged a universal subsidy to all farmers in Malawi, where around half of its 18 million people live below the poverty line.

The Millennium Challenge Corporation, the US aid agency that works with countries based on their records on good governance and human rights, had already told Malawi in December that it was eligible for a new deal.

The group in 2018 completed a $350 million compact with Malawi that focused on developing electricity.