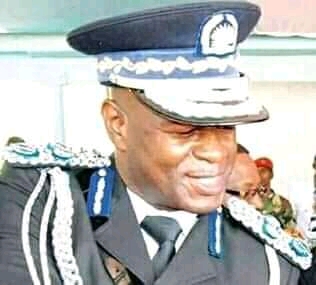 1
SHARES
44
VIEWS
Share on FacebookShare on TwitterShare on Whatsapp

Mwapasa, who was Deputy Inspector General of Police responsible for operations, was appointed by former President Peter Mutharika in August 2019 as acting IG and has been in that position since, waiting for confirmation from parliament.

He once worked as guard commander for the late Bingu wa Mutharika before he was deployed
to Rumphi Police Station as Officer in-Charge during President Joyce Banda’s time.

However. Kainja who has been Commissioner of
Police (Southern Region) has been serving as
Director of Research, Planning and Police Reforms.

Kainja, who was recently appointed to be Malawi’s Deputy Ambassador to Zimbabwe, obtained an injunction against former President Mutharika’s decision to send him to the diplomatic mission.

According to the injunction, which was granted by Justice Charles Mkandawire, through his lawyer Gift Nankhuni, government was restrained from effecting the appointment.

Kainja was supposed to report for work at the Malawi Mission in Zimbabwe on June 11.

But now he is President Chakwera’s preferred choice to head the Malawi Police Service and improve its battered image.

Kainja has been in Police service for close to 30
years and holds a Bachelor’s Degree in Education from Chancellor College and a Doctorate of Philosophy.