TONSE ALLIANCE CARRY A BURDEN OF PROMISES TO FULFIL 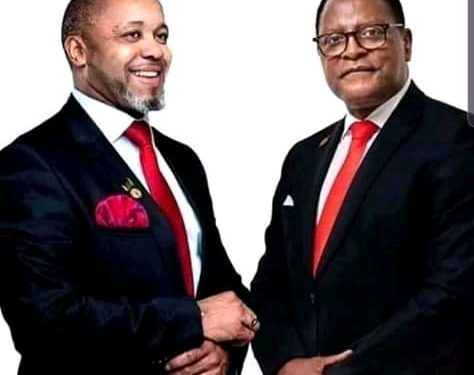 6
SHARES
53
VIEWS
Share on FacebookShare on TwitterShare on Whatsapp

Malawi’s new President-elect Lazarus Chakwera and his deputy Saulos Chilima, according to unofficial presidential election results, will go into office with a huge load of expectations from Malawians to clean up the mess in the running of the affairs of the tiny southern African country and set it on a path to real growth.

The results clearly indicate how people in the urban and rural areas lost trust in the DPP administration led by Peter Mutharika as nearly 60 percent of them voted to boot him out of Sanjika or Kamuzu Palace whichever you fancy.

High among the expectations of Malawians is that the new government will bring an end to the massive pilferage of funds from the government purse so that they can benefit from better services.

Also particularly irksome is the manner in which government ministries and department and parastatals have been run like personal freedoms by the majority of those entrusted with positions of influence.

Malawians in most of those establishments watched as meritocracy was thrown out the window and those deserving promotions and positions were sidestepped in favour people from a particular tribe or political leaning or those who are willing dance to the tune and lick the muddy boots of the powers that be. Yet in a democracy, one should expect people to have divergent political opinions which should not be used to victimise them. Others were left in their positions but as mere figureheads while their juniors or ‘incompetent clones’ were brought in to do most of their work.

The idea was to frustrate them and break them down. It was also done to enable easy siphoning out of funds for the self-aggrandisement of party cronies.

As part of the same scheme, others were moved to departments for which they had no competence. While some managed to hang in there
waiting for a Messiah, others simply jumped the stinking sinking ships with nowhere to go as the witch hunting and needless fault finding became unbearable. Yet others had trumped up charges brought out against them and lost their jobs.

This situation was also not helped by the fact that the boards of most parastatals were ballooned with party sympathisers and people with no clue of what to do including chiefs.

This had the net effect of rendering most of such parastatals inefficient and ineffective forcing some of them to continue being parasites suckling from the breast government for their survival when they could have easily been self-sustaining. But the incoming government offers
Malawians hope that they can feel Malawian and be looked at with tribal tinted eyes.