by Chaweya Mzembe
in National, Sports
0 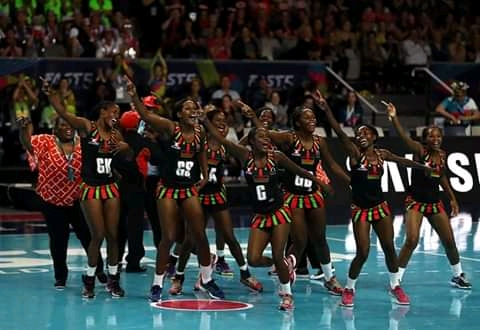 1
SHARES
29
VIEWS
Share on FacebookShare on TwitterShare on Whatsapp

A Malawi National Council of Sports (MNCS) internal audit has unearthed financial irregularities in the management of national netball team’s
government funding with the Netball Association of Malawi (NAM) failing to account for K30 million.

The Council’s Board chairperson Oliver Nakoma confirmed this in an interview warning that the association faces funding freeze or its Executive Committee could be ousted if they do not provide evidence of their spending.

According to him, the query involves last year’s Netball World Cup funding for the Queens in England and the 2018 Fast5 Netball World
Series held in Australia.

After the audit discovered the irregularities, Nakoma said the council gave NAM a chance to bring forth documentation to support its claim
that the money was spent appropriately.

“As a board we wrote NAM, informing them that they should account for the money. We gave them two weeks last month to tender supporting
documents,” he said.

Nakoma said NAM has since submitted new documents and a new round of audit will be sanctioned to authenticate the documentation. “If the audit finds them with issues, then we will not hesitate to stop funding NAM. That will not be all, its leadership will be forced out,” he said.

Alternatively, the council’s board chairperson said the NAM officials responsible for the alleged misappropriation of the funds will be forced to
refund the money.

“This is government money so we shouldn’t just be letting sports officials abuse it and go scot-free,” he said. According to sources, NAM president Khungekile Matiya, General Secretary Carol Bapu and Treasurer Jane Kachali-Saidi were given tasks to oversee procurement of goods and services related to the national teams’ competition.

The source said the chunk of the funds under query, were K11 million transactions carried out by the Treasurer, about K4 million by Bapu and
K7 million by Matiya.

Bapu, on her part confirmed the matter, claiming that her transaction was related to processing of visas for the Fast5 Series.