MULUZI PREACHES FOR PEACE AND CALMNESS DURING THE POST ELECTION ERA 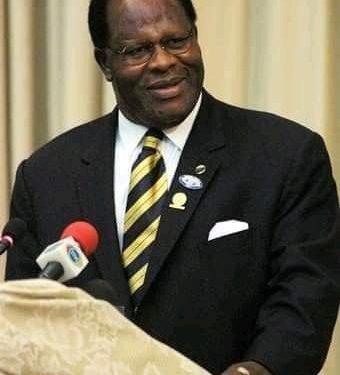 6
SHARES
12
VIEWS
Share on FacebookShare on TwitterShare on Whatsapp

Former President Bakili Muluzi has urged candidates to concede defeat and celebrate peacefully if the results go against or for them respectively.

Muluzi, the first democratically elected president made the call at his home, Naindunji Primary School when he casted his vote.

He said the turnout of people to exercise their voting rights is a sign that democracy is really on track.

The United Democratic Front (UDF) chairperson the asked people to mantain peace during this period.

Muluzi endorsed DPP/ UDF Alliance in support of his Son Atupere who is a running mate of Peter Mutharika in the Elections Re-run.

He further called upon stakeholders to be in the fore front of mediating peace talks among their people as an election period is the most trying period in a society.

Malawians are waiting for presidential results after the Supreme Court upheld the nullification of the May 21 presidential polls by the Constitutional Court and polls were held again yesterday.