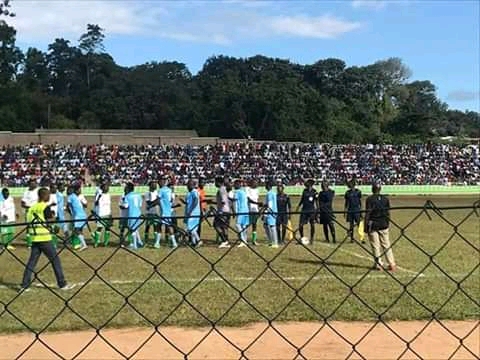 The Super League of Malawi (SULOM) has disclosed that it is in the course of scrutinizing ticket selling process which among others is to embrace e-tickecting as a preventive measure against spread of globe novel coronavirus pandemic amid plans to return the game on the pitch.

SULOM disclosed this in a press statement dated 22 June which hightlighted some resolutions that were made during SULOM’s executive committee meeting held in Blantyre on sunday.

It reads, ‘SULOM is reviewing the gate management and ticket selling process in line with the Covid-19 preventive measures as well as moving towards embracing e-ticketing. The elite League clubs and all concerned stakeholders will be engaged and involved in the process’.

The soccer fraternity said it is keenly following all measures and efforts that all stakeholders are executing so that the game returns on the pitch in the wake of the Covid-19 situation in Malawi.

‘As SULOM, we feel that such steps will go a long way to ensure that players, managers and the fans are very safe and that as a fraternity, we are also part of the fight against the novel Corona virus,’ reads the statement.

The media release further state resolutions made which among others being the announcement of SULOM’s Annual General Meeting (AGM) which has been scheduled to be held in Lilongwe towards the end of August 2020 at a venue to be announced in due course.

Among other agenda items at the AGM, clubs will be filling the position of Legal Advisor which fell vacant after Muhammad Selemani was elected in the Football Association of Malawi (FAM) executive committee.