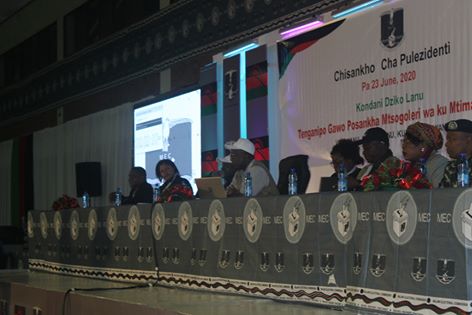 MEC Chairperson Dr. Chifundo Kachale has confirmed that the Malawi Electoral Commission has received complaints from both the MCP and DPP over matters related to security.

He however says the Commission will be meeting later tonight to look at the matters that the parties have complained about. He says the issue of order and security is why the commission has ensured that the police and MDF are available across all centers.

He says they have also received comprehensive reports from police but says the commission will be taking its time to look at every matter to have an objective assessment of the matters.

Kachale says Malawians need to calm down and exercise patience as the commission is still exercise its mandate after the votes were cast today. He says there is also need for people to lodge their complaints formally to MEC and not through unofficial channels and viral social media pages as it were.