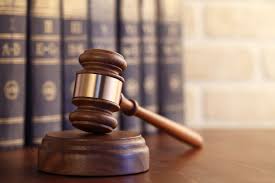 The convict, Steven Bernado, was found guilty on Monday after he admitted to the charges.

The court, through State Prosecutor Sub-Inspector Edward Chiopsa, heard that Bernado went to M’nilo Village under Traditional Authority Malili in the middle of night on June 2 this year.

The Lilongwe Senior Resident Magistrate’s Court has sentenced a 25-year-old man to 10 years for defilement and burglary.

He broke into a house of 88-year old Yunike Kumalindi, through a window, and stole a chicken.

On his way out, he stumbled upon a 14-year-old girl who was sleeping close to the door.

Benardo dropped the chicken and forced himself on the girl.

The victim shouted for help, prompting Bernado to attempt an escape through the main door.

He ended up into the hands of the girl’s brother who later handed him to the police.

In his trial, Bernado admitted to defilement and burglary charges.

In its submission, the State, through Chiopsa, asked the court to hand down a stiffer sentence, saying the victim had been traumatized.

He added that defilement cases were rampant in Lilongwe, hence stiffer sentences would curb the same.

She said the accused deserved a long custodial sentence not only to enhance community peace but also to protect the girl child.

Chirwa went on to sentence Bernardo to 6 years in jail for burglary before slapping him with 10 years in prison for the second count of defilement, and both sentences to run concurrently.