by Emmie Kamachawe Munthali
in World
0 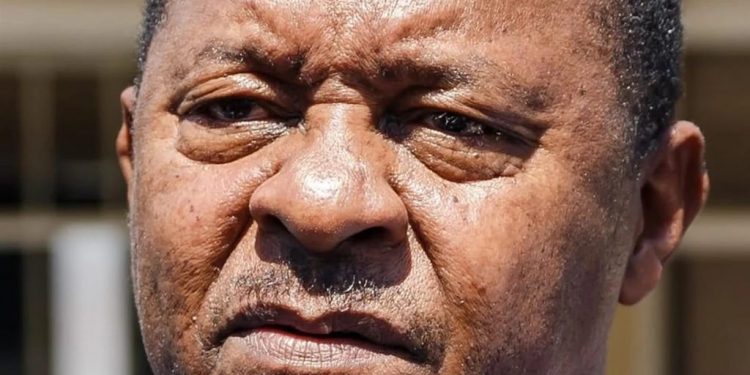 Zimbabwean Magistrate court has granted bail to Minister of Health and Child Welfare, Obadiah Moyo following his arrest on Friday.

Moyo was arrested by the country’s anti-corruption commission on allegations of corruption regarding $60 Million contracts awarded to Drax International LLC and Drax Consult SAGL for procurement of medical equipment to combat COVID-19.

In March, authorities in Hungary, where Drax Consult SAGL is registered, became suspicious of $2 million deposited into the company’s accounts drawing anger from the opposition Movement for Democratic Change and the public. This prompted the country’s Intelligence service to carry out investigations on the two companies and ordered Moyo to surrender the contracts of which he disregarded.

He appeared before Magistrate Munamato Mutetevedzi on Saturday, facing three criminal office charges being represented by two legal practitioners, James Mutizwa and George Ghaya. His bail did not face much opposition from prosecutors investigating the charges.

Appearing before for the state, prosecutor Clemence Chimbari told the court that the state had no compelling reasons to reject the accused bail if he complies with the given conditions. .

“State has no compelling reasons to deny the accused bail should this find favour with the court.We suggest the following conditions; that he deposit $50,000 with the Clerk of court as bail, to continue residing at his given address untill the matter is finalised, that he reports three times a week, Monday, Wednesday and Friday at ZACC, that he surrenders his passport, not to interfere with investigations” said Chimbari..

Moyo is expected to reappear in court on 31 July, 2020. He is the second minister to be arrested in Mnangagwa’s cabinet over high level corruption allegations after the arrest of Prisca Mupfumira, tourism minister.

According to local media, last week, the Commission arrested Delish Nguwaya, a local Drax representative on the same charges and the President’s son is the next to be arrested.

According to Herlad, a state-run newspaper, the government ordered cancellation of all contracts for the supply of medicines and sundries by Drax following public uproar.